Where Does Strength Come From?

I need to write more blogs. I am not the greatest when it comes to delivery, but when I do write them, I want to ensure I have something to say. Not just write a blog for the sake of checking it off a fairly substantial to-do list.

For this particular blog, my first thought was to write about trends in the public relations industry. Our industry is in a constant state of flux and is ever-evolving. However, I could write about that at any given time. Instead, I wanted to write about strength. Quite fitting given it is Brookline’s theme for 2016.

Two nights ago I attended the premier screening of Sheldon Kennedy’s documentary – Swift Current. I had seen the film before. In fact, many times, given Brookline has had the privilege of working with Sheldon and the Sheldon Kennedy Child Advocacy Centre over the past two years. However that night, while sitting in the audience with hundreds of people, the word strength kept coming into my consciousness.

For those of you who don’t know Sheldon’s story, it’s a tough one. Sheldon is a former NHL hockey player, but is better known for his courageous decision to charge his Major Junior Hockey league coach with sexual assault for the abuse he suffered over a five year period while a teenager under his care. Not only does the film highlight Sheldon’s turbulent struggles, but also two innocent teenagers’ stories of abuse at the hands of their family members/care givers.

All three stories are gut-wrenching. All very different, but also the same. These three courageous people had the strength to speak up and have the strength to keep going when insurmountable obstacles are at their feet every single day.

So while sitting in that theatre and listening to their stories, it reminded me that strength cannot be taken for granted. Not when these three individuals have to use it every single day of their lives simply to make it through the day. So as Brookline forges ahead with our 2016 theme, I will continue to remind myself that we as a team must wear strength as a badge of honour and strive to fulfill it every day. 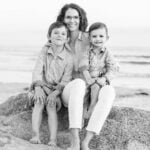 – Shauna is Principal and Founder of Brookline Public Relations. When she is not doing her PR “thang”, she loves slaying dragons and bad guys with her two beautiful sons.