Your Brand’s Audience is Purple 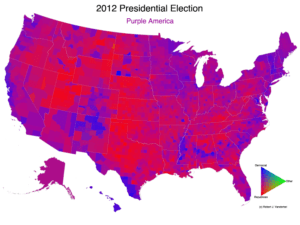 As an American citizen who has lived in Canada for just over three years at the time of this posting, the last couple of weeks of election-related frenzy has been pretty consuming. Rightly so, I don’t think anyone would debate how divisive the last 18 months was in the US.

Don’t stop reading! This is not an op-ed, but merely a reminder that while you, your colleagues, maybe even the values of your entire company may swing to one political persuasion over another, laying a claim to one side is a sure-fire way to alienate at least a portion of those who support your brand.

Without putting specific companies in the corner with a dunce hat firmly affixed to their heads, there were many reminders in the days following the US election that when a brand takes a political side, it has a PR crisis on its hands. Try this exercise: take politics out of the equation and pretend we’re talking about Coke and Pepsi. If you knew around half your customers were Coke diehards and the other half were Pepsi devotees – would you tweet your full support for Coke, even putting down Pepsi as inferior? Of course you wouldn’t!

Yes, I realize politics have an actual affect over peoples’ lives and they should not be reduced to pop metaphors. Individuals should always be free to express their views, opinions and have the right to endorse and vote for whomever they’d like, it is the very basis of democracy.

It isn’t just customers that brands stand to lose, either. Companies are made of individuals of all persuasions, opinions and values, endorsing one way or another alienates not just a portion of your customers, but a portion of your employees. The PR lesson here is simple: never lose sight of the fact that your brand represents a group of individuals that rally behind your company, through working for the company or buying your products and services. The communications you put out in the world affect them, too.

Remember, the world is not only blue or red, no matter what the Electoral College map tells you. My favourite day-after-election map is the purple map, which shows in gradient how America voted. Without a doubt, after every election, it is a blend of blue and red. It is purple, and your brand should be, too. 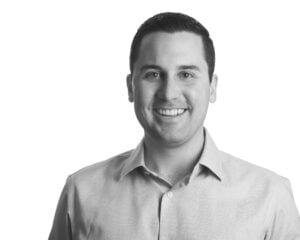 – Doug Self is a Senior Account Executive at Brookline with a background rooted in the technology industry. His expertise lies in media relations, content creation, and communication and marketing strategy.