At Brookline, we love stories with happy endings (but who doesn’t) and even further, we love to be part of them! This story, non-fiction of course, has a theme of resiliency and community, highlighting Banff’s historic Mount Royal Hotel.

For over 100 years, the Mount Royal Hotel has occupied its prominent location on the corner of Banff Avenue and Caribou Street. Opening in 1908, the original red brick structure boasted 60 guestrooms, a spacious dining room, billiard room and cocktail lounge. With the growth of the tourism industry, the hotel expanded in 1940 and 1955. Sadly, in 1967, a devastating fire destroyed the oldest wing of the hotel. Soon after the fire, the hotel was rebuilt and expanded the very same year! Talk about resiliency. 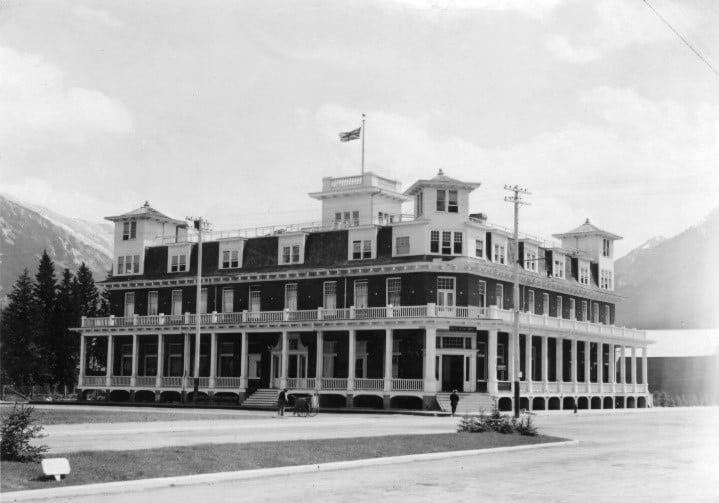 The Mount Royal Hotel we know most recently, underwent major renovations and complete refurbishments in 1997 and expanded to its present size. Unbelievably, the hotel experienced its second fire in late 2016, causing extensive damage to the four-storey building. 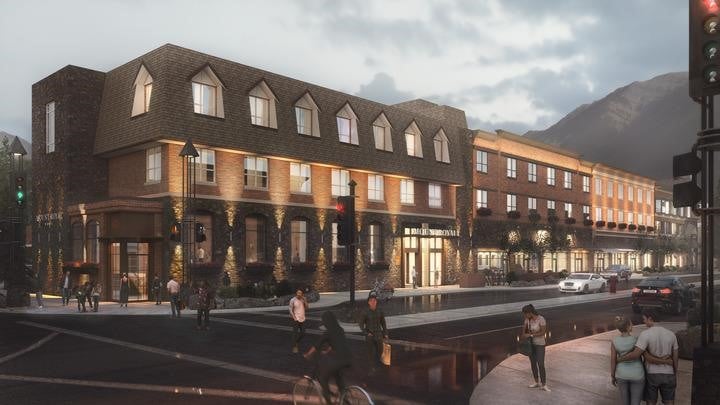 Fast-forward to October 19, 2017 when Brewster Travel Canada by Pursuit officially announced its concept for the iconic hotel. A press conference was held unveiling the C$45 million restoration and reconstruction. Community members, businesses and government officials attended the gathering to hear about the development and celebrate the rich history of the hotel.

After engagement with the local community and world-renowned design and construction firms, the development concept was revealed to incorporate the hotel’s century-old history in the new designs. The new concept blends modern amenities with community charm and features historically-inspired décor and remarkable amenities including the much-anticipated rooftop lounge with outdoor hot tubs and fire tables. 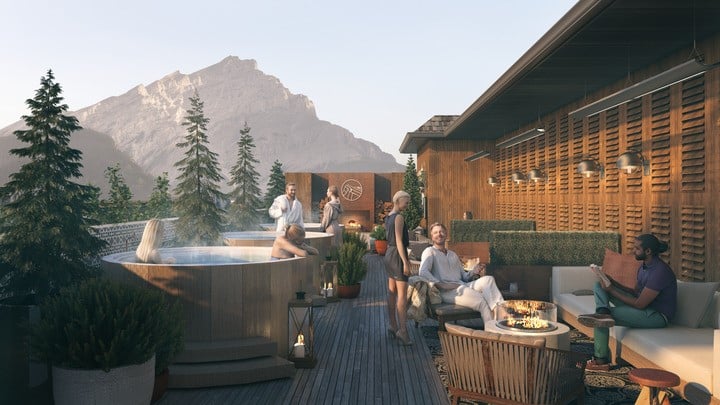 Mount Royal Hotel will be welcoming guests back to share in its story in July 2018. Brookline was honoured to support in this monumental event for Brewster Travel Canada and commends the resiliency of community members, visitors, businesses and the like. 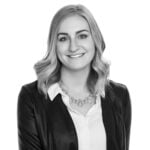 Amanda is an Account Specialist at Brookline Public Relations. She has an insatiable appetite for exploring – ironically since she doesn’t like getting lost. She flourishes on bringing broad-minded, creative ideas to the table and trying things outside of the norm.